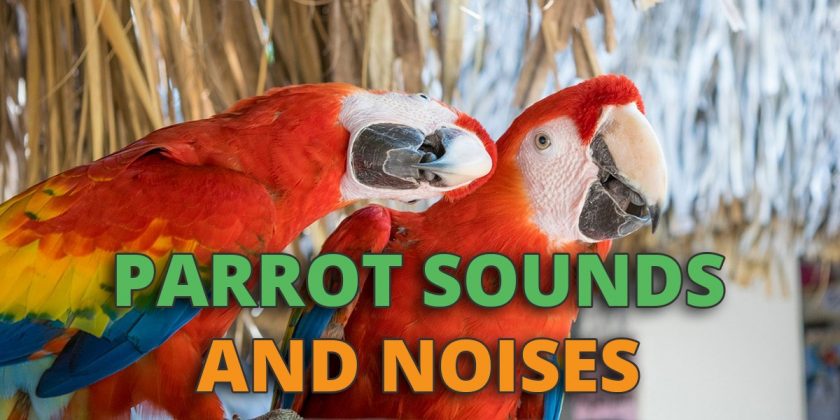 Parrots are capable of producing an incredibly diverse variety of sounds and noises. From barely audible purring sounds to full-throated screams that can carry for miles, their litany of calls is quite amazing. These relatively small creatures can make a lot of noise for their size.

While many of the sounds and noises that your bird makes are based on their species, there are some common traits among parrots regarding the types of sounds they choose to make. There are also individually distinguishing sounds that a bird makes that are slightly different from others of its species. 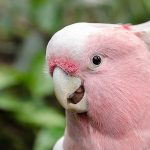 Parrot owners have certainly realized that their birds deliver certain vocalizations in response to various situations. An affectionate, purring noise may be noticed when you are handling your bird and scratching its head. Loud and jarring alarm calls are typical of parrots that are startled or frightened. You might hear your bird grinding its beak, chirping or clicking among other sounds.

All parrots have a contact call, by which they locate their avian and human family members. Listen for it next time you leave their room after being there for a while. You can learn a reply that may not be perfect but will be your contact call to your pet and satisfy their calls to you.

Let’s look a little deeper into the noises and sounds that parrots make.

In some cases, it is very hard to distinguish the difference between calls and songs as they can share features in certain species.

The Ability to Imitate Sounds

One of the qualities that people admire in parrots is their ability to mimic human language. They can produce lower pitched songs than smaller birds that are more in line with the sounds of human speech. Unlike other birds and animals, parrots learn many of their vocalizations rather than having them genetically hardwired in their DNA. For example, in the video below you can see an African Grey imitating many sounds.

According to an article on scientificamerican.com, there are benefits that parrots accrue from employing the practice of learning songs and calls. There are differences in how and what the birds mimic. Pet birds in captivity will learn calls from their adoptive family members. In the wild, some species such as the African Grey imitate calls of other bird species. Amazon parrots, on the other hand, tend to stay within their species when seeking calls to imitate.

An advantage of learning rather than inherited vocalizations is the ability to develop context-specific calls. Imitation is also an indicator of good hearing, memory, and sound producing muscle control that may be used to attract a mate or recruit an ally.

A result of vocal imitation is the rise of local dialects which allow groups within species to identify members of their particular group from the general population. Studies have shown that birds react more strongly to their local dialect. Budgies have been observed using call similarity in judging the worthiness of potential mates.

Types and Meanings of Parrot Vocalizations

Now we will look at some specific sounds and noises that your parrot may make, and try to determine their meaning. According to an article at lafeber.com, you can group your bird’s sounds into three groups based on what they tell us about the bird’s current emotional state.

Many Sounds and Meanings

Parrots are intelligent and complex creatures that display a wide variety of vocalizations and have the facility to learn and employ new ones. Paying attention to the types of sounds your bird is making and understanding what they mean will enhance your relationship with your pet parrot.