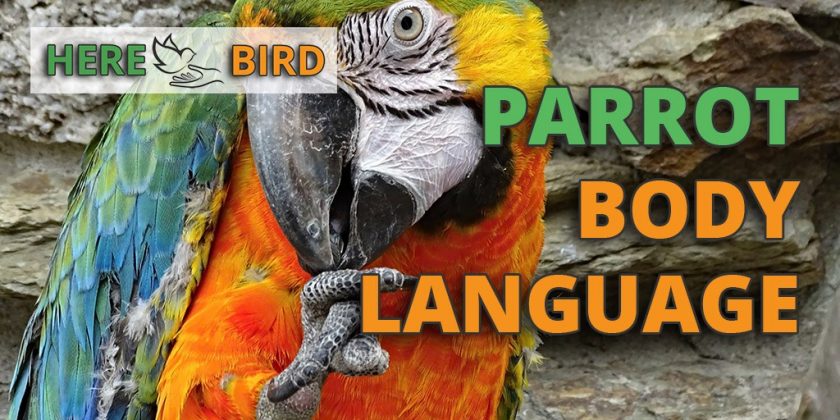 Your body language reveals a lot about how you’re really feeling and the same is also true for your pet bird. A single wing flap, feather ruffle or beak grind can help you to understand what’s going on inside their heads. Learning these signals will enhance the training, care and bonding that you can achieve. So read on to discover the subtle meanings behind every body movement and gesture of your birds.

In this section, we’ve separated each major body part into its own category. Each body part can be used in multiple ways, with each use signaling a different meaning. Alternatively, check out our later section which lists parrot body language based on emotion. 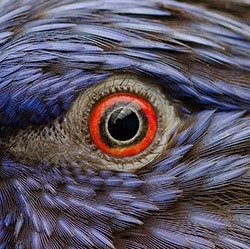 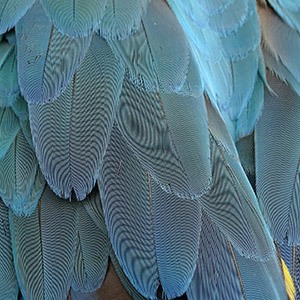 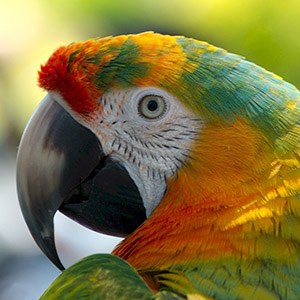 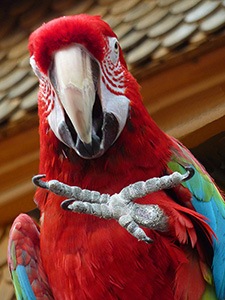 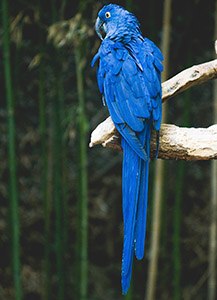 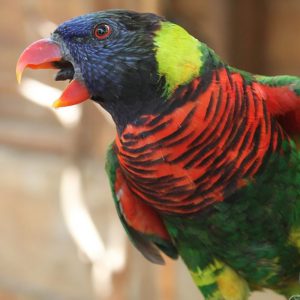 Parrots communicate through a range of vocalizations and can produce an incredible number of diverse sounds, including mimicking human speech in some cases. Large parrots have voices that can carry for miles so they can call to their flock in the wild. There are far too many sounds to list within this article, instead see our full article dedicated to parrot sounds and noises. Additionally, if you’re having problems with parrot screaming then check out our guide to preventing this here. 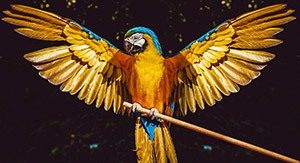 Examples for some of these parrot body parts in motion can be seen in the video below:

Parrots display their emotions by using a combination of body parts all at once. This section will show you how to read these combinations and understand the emotion that your bird is feeling.

Below is a video that demonstrates some of the parrot body language described above.

Some parrot species have their own unique body language displays which will occur more frequently in their own species than in other species. These unique traits are listed below: 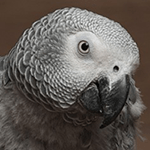 Compared with other parrot species, your African Grey might shake it’s head more frequently and so this should not be a cause for concern. Find out more about African Greys here. 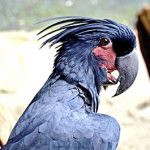 A Black Palm Cockatoo is more likely to tap it’s feet because this is how it drums wood to detect food in the wild. So in this case, the foot tapping it does may not indicate territorial aggression as it would do in other species of bird. Find out more about Black Palm Cockatoos here. 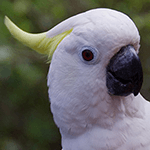 A cockatoo or cockatiel can raise it’s head crest feathers and does so when it has an increased emotional state such as excitement, curiosity or fear. Some species will also be able to fluff their cheek feathers and this is a sign of contentment. Find out more about Cockatoos here. 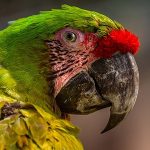 A very unique trait amongst macaws is for them to blush their faces. Other parrots may also do this, but it is only noticeable in macaws since their face is not fully covered by feathers. Blushing occurs during heightened emotional states and is usually within a social context between parrots or between a parrot and its owner. To find out the science behind behavior you should check out this journal article here. Otherwise, you can find out more about Macaws here.

These birds will often shake, quake or shiver as part of their everyday body language, much more so than any other species of bird. This is completely normal and is not a cause for concern. Find out more about Quaker Parrots here.

As you become better at reading your bird’s body language, this will enable you to:

As with many aspects of parrot care, there is a lot going on with these complex creatures. If you take the time to learn these non-verbal communications you’ll make life better for both your bird and your human family.