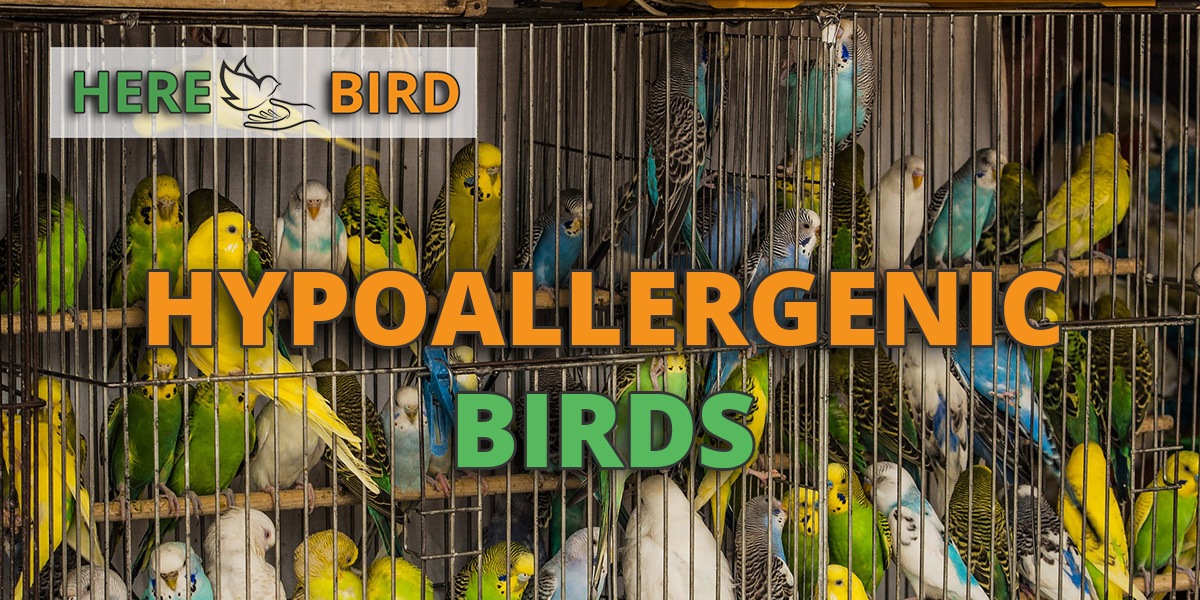 Many people are not aware that birds can cause allergies in humans. Just as with cats and dogs, a parrot introduces a new biological material into your environment that may have unexpected consequences. It is because of these allergies that many people give up their pet parrots.

There are some birds that are not as prone to causing allergic reactions in humans. Theses are called hypoallergenic birds and you can find the list of these later in the article here.

But first, let’s take a look at why birds can contribute to allergies and which allergies are most likely to be acerbated by living with a parrot. There are also some bird species that pose additional challenges due to their excessive production of powder and dust.

Why Are Humans Allergic to Birds?

The primary cause of allergic reactions in humans is the dust and dander that birds produce. This dander is produced naturally and is also the result of grooming. It consists of flakes of skin, keratin, and feathers as well as any dirt or grime that the bird may have picked up.

Certain species of birds such as African Grey Parrots and Cockatoos are known as powder-down birds and produce excessive levels of fine dust. They can cause an even more severe allergic reaction and these symptoms can arise after the bird has been with the owner for a number of years.

The dust and dander, along with dried fecal matter from unkempt cages can become airborne and enter the lungs of both the human and avian family members. A number of serious respiratory issues can result in humans including asthma and a lung condition called allergic alveolitis. This disease goes by several other names including bird-fanciers’ disease.

The incidence of allergic reactions can be minimized by a number of methods according to allergycosmos.co.uk. They include:

While no bird is totally hypoallergenic, there are several species that produce less dander and are more suitable to those individuals that are sensitive. It is not a long list, and you should still be cautious if you are prone to allergies with other animals. Try to create a situation where you can be around the birds for a considerable amount of time to gauge your reaction.

According to petmd.com, the birds that are considered to be hypoallergenic are:

Parakeets are an especially good choice for allergy sufferers as they produce almost no dander even when they are molting. If you are prone to allergies or just want to be cautious, then you should stick to birds of these species when adding one to your home.