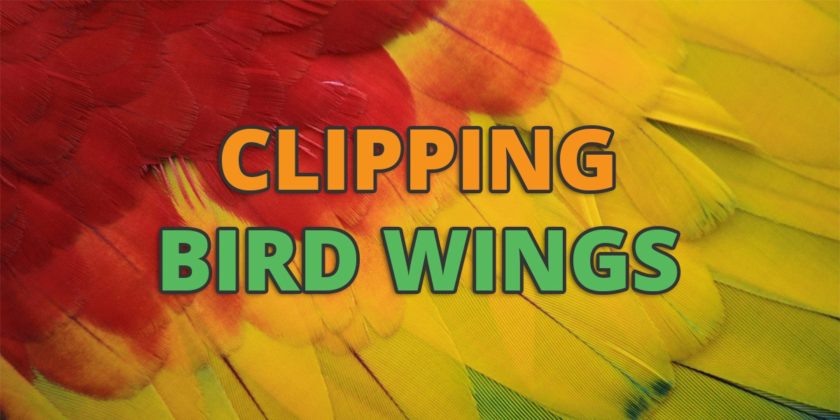 One of the most important decisions parrot owners need to make is whether or not to clip their bird’s wings. This choice impacts you and your bird’s life and lifestyle in major ways and should only be taken after careful consideration.

What is Wing Clipping?

Wing clipping is the trimming of your bird’s flight feathers to limit its ability to fly. You are never trying to completely remove all use of its wings, but to check its capability for long and upwards flight.

According to petmd.com website, these flight feathers consist of the primary, outermost wing feathers and the secondary, innermost wing feathers. Clipping these feathers, when done correctly, will not hurt your bird, and is often compared to getting a haircut. The difference is that after a haircut your ability to move is not drastically reduced. 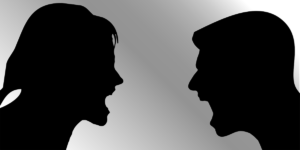 There is a long-standing disagreement among parrot owners regarding the clipping of wings. Strong proponents of wing clipping have some very persuasive arguments for engaging in the practice. Equally compelling reasons are put forth by those against clipping. Let’s look at the pros and cons of wing clipping for you and your parrot.

The Pros and Cons of Wing Clipping

Best Friends Animal Society lists the pros and cons of wing clipping. The reasons for clipping revolve around potential safety benefits for the bird and possible behavioral and training advantages gained by the human counterpart.

A fully flighted bird faces some inherent dangers in your home. A startled bird can inadvertently fly into a wall. Mirrors and windows are hazards that have led to many a tragic ending as the bird does not recognize the barrier by sight. Ceiling fans can be deadly and most kitchens are filled with dangerous areas especially when we are cooking.

The ability to escape out a door or window is also increased by allowing your birds to fly. If it does escape, full flight ability may make it harder to recapture. These safety reasons are the most powerful arguments for parrot wing clipping. Breeder Judy Leach makes a case for clipping your parrot’s wings for safety.

Other benefits of clipped wings, and therefore limited movement, is the inability of your bird to get into places you don’t want it to be. You can limit its exposure to woodwork and other chewing opportunities that might damage your home.

A clipped bird will, of necessity, become more dependent on its human companion for some things. They are forced to interact because they cannot fly away. This may make it easier to train the bird and speed up the bonding process.

The primary factor in defense of not clipping your parrot’s wings is simply that as birds, they are meant to fly. It is unnatural for a bird to be flightless and can lead to a variety of issues.

Parrots who have their wings clipped are more prone to depression and self-destructive behavior such as feather plucking. The lack of exercise associated with clipped wings can result in your bird being overweight and incurring heart and other health problems.

Even with properly clipped wings, a bird can still fly for a limited distance. They can still get outside and then do not have their natural defenses and are more easily attacked by predators. The inability to fly also poses problems in your home if there are other pets present that may stalk your bird.

Improperly clipped wings can lead to bird injuries as the bird falls or lands too heavily when it attempts to fly. Instinct will still drive the bird to attempt it at times and the failure can have serious negative consequences.

Additionally, a bird that can freely move and chooses to interact with you will form a stronger bond than one that is forced to be with you. In the long run, this will lay the foundation for a great relationship. An essay by Gay Noeth on the website onafricanwings.com gives an excellent argument against wing clipping.

How to Clip a Bird’s Wings

If, after weighing the evidence, you have decided on clipping your parrot’s wings, you need to ensure that it is done safely and correctly. You should not attempt to clip your bird yourself without guidance from someone who is experienced with your type of bird.

Performed incorrectly, wing clipping can injure your bird both during and after the procedure. It can also result in a lack of trust between your bird and you, so you may want to employ a trained professional to do the job.

Veterinarian Dr. Karen Becker describes several different techniques of wing clipping. The standard method is to clip all of the primary feathers in half lengthwise to the covert feathers.

A more modern method involves cutting the feathers down to the quill beneath the covert feathers. Some find this cut provides a more attractive look and avoids some of the problems of sharp feather edges that may be present after a clip. Whilst clipping the wings it’s also a good idea to examine them for any feather stress bars.

Birds that are to be shown (and put on display) may be clipped but leave several primary end feathers untouched to achieve an unclipped look.