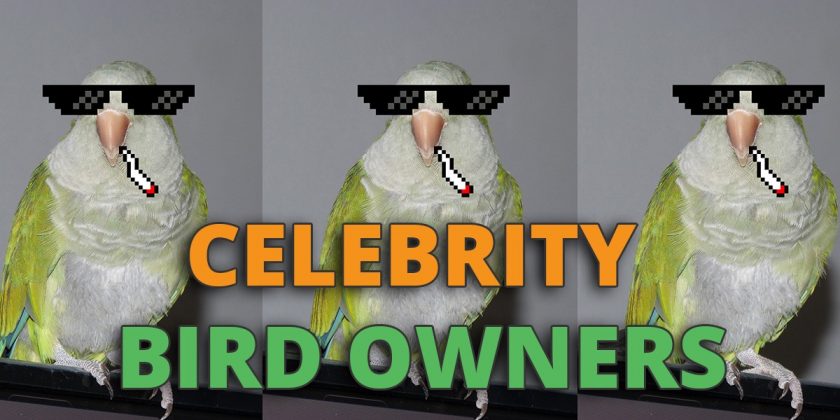 We have all seen pictures of celebrities with their pets. Paparazzi seem to have a fascination for attractive, young actresses with small dogs, and they regularly make the cover of tabloid publications. Perhaps less well-known is that there are a number of celebrities and public figures who have adopted parrots and birds into their families.

Let’s take a look at some of the present-day and historical figures whose name you may know who have been involved with birds and parrots. 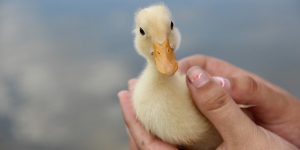 Theodore “Teddy” Roosevelt – The 26th President of the United States had two parrots in his family. They were named Loretta and Eli Yale. Eli was the more well-known of the two, a macaw that is seen in photographs of the young Roosevelt.

Charles Dickens – The famous author had a pet raven named Grip which made occasional appearances in his written work. According to brainpickings.org, the bird may have served as the inspiration for Edgar Allen Poe’s classic poem “The Raven”. Poe had reportedly reviewed Dickens’ Barnaby Rudge, which features a talkative raven, shortly before he wrote his poem.

Flannery O’Connor – Although best known for her predilection for peacocks, she also kept turkeys, geese, quail, pheasants and mallard ducks. She saw part of herself mirrored in the birds, and appreciated them simply for the fact that they existed.

Elizabeth Taylor – The actress had a Yellow Nape Amazon Parrot named Alvin. She brought that parrot onstage with her during her appearances in Private Lives in the 1980s.

Andrew Jackson – United States President Andrew Jackson had a parrot named Polly. According to jacksonianamerica.com, this parrot even had to be removed at the President’s funeral due to its insistence on uttering curse words during the proceedings.

Mickey Rourke – The American actor has a cockatoo named Sonny that he keeps on his shoulder while moving around Hollywood. He even worked it out so his pet bird could have a part with him in the movie Iron Man 2.

Steven Spielberg – The director and his wife, actress Kate Capshaw, have an Amazon parrot named Blanche. This parrot was first owned by their son who used the help of Ken Globus (who has now unfortunately passed away), to better learn how to control their bird.

Mike Tyson – Former heavyweight champion Tyson now owns over 350 pigeons. He was introduced to birding as a youth growing up in the Brooklyn borough of New York City, where it was a popular pastime. Pigeon coops were regularly kept on the rooftops of apartment buildings. He states that the anger behind the death of one of his birds led to some of his boxing ferocity. Below is a video of the boxer talking about his pigeons.

Hilary Swank – This actress is an outspoken advocate of pet adoption, and has two adopted parrots of her own. One is Seuss, an African Gray parrot and the other is a Senegal named Angel.

Kurt Sutter – The artistic creator of the Sons of Anarchy television series and his wife, actress Katey Sagal, own an African Gray parrot named Ike. The bird accompanies Sutter when he writes, either in his home office or outside where he has an outdoor cage for the parrot.

John F. Kennedy – According to Lafeber, the 35th President of the United States had 3 companion birds. This include parakeets called Bluebell and Marybelle plus a canary called Robin.

Lyndon B. Johnson – The successor to JFK, Johnson was the last U.S. President with pet birds. He kept lovebirds while holding the office of President.

Radamel Falcao – One of the top strikers in world football, this athlete has an Amazon parrot named Coco. The bird is notable for its cheering in Spanish when its owner scores a goal.

Gwen Stefani – The singer has a pet caique parrot. Below is a video of her showing off the bird on social media.

King Henry VIII – The first recorded pet parrot in the British Isles belonged to Prince Henry Tudor, later to become Henry VIII. He obtained an African Gray parrot in the year 1504, according to the omelet.co.uk.

Alexander the Great – Introduced the ringneck parakeet to Greece in 327 BC. The Alexandrine Parakeet is named after this historical figure.

William McKinley – Elected President of the United States in 1897, McKinley had a pet parrot that could whistle the tune “Yankee Doodle”.

Queen Isabella of Spain – Christopher Columbus reportedly brought back a pair of Cuban Amazon parrots that were gifted to the Queen in 1493.

Long John Silver – The main character of Robert Louis Stevenson’s Treasure Island was the first major fictional depiction of a pirate with a parrot. The story is grounded in truth, as pirates were very active in areas where parrots were plentiful and had time on their hands to interact with them. The image of the pirate with a parrot on his shoulder has been repeated in numerous pirate movies and books.

Lord Byron – The poet was known to have many animals, including a parrot that he kept near him when writing. Reportedly the bird was aggressive and on at least one occasion, gave Byron a significant bite.

Steven Tyler – The lead singer of the rock band Aerosmith has been photographed many times with his pet Senegal parrot. 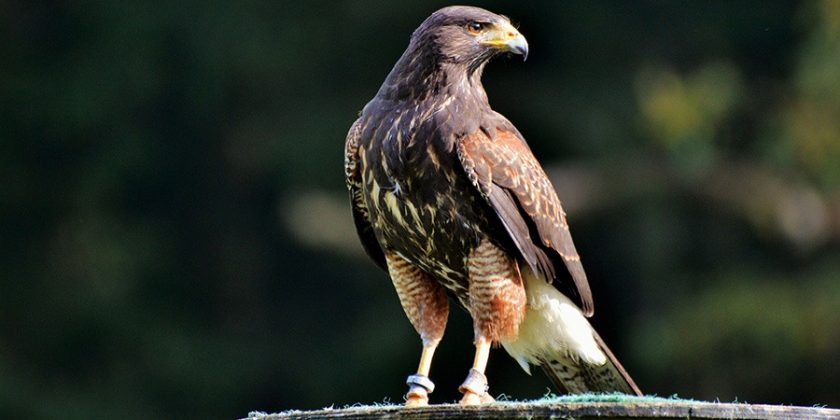 Though some may quarrel with falcons being mentioned in the same breath as pet parrots, there have been many famous figures throughout history that have been drawn to this bonding between humans and birds of prey. Historically it was a pastime of nobles. Here are a few of them:

Empress Catherine of Russia – It was reported that her favorite falcon was the Merlin.

Mary, Queen of Scots – While imprisoned, she was allowed to fly her Merlin falcon.

King Francis I of France – Was so enamored with falconry that he kept 300 falcons and 50 masters of falconry in his court.

Undoubtedly the fascination that humans have with birds and parrots will continue, and there will be celebrities and otherwise famous individuals who are associated with their birds. Fortunately, pet bird ownership is no longer restricted to the nobility and affluent segments of society.